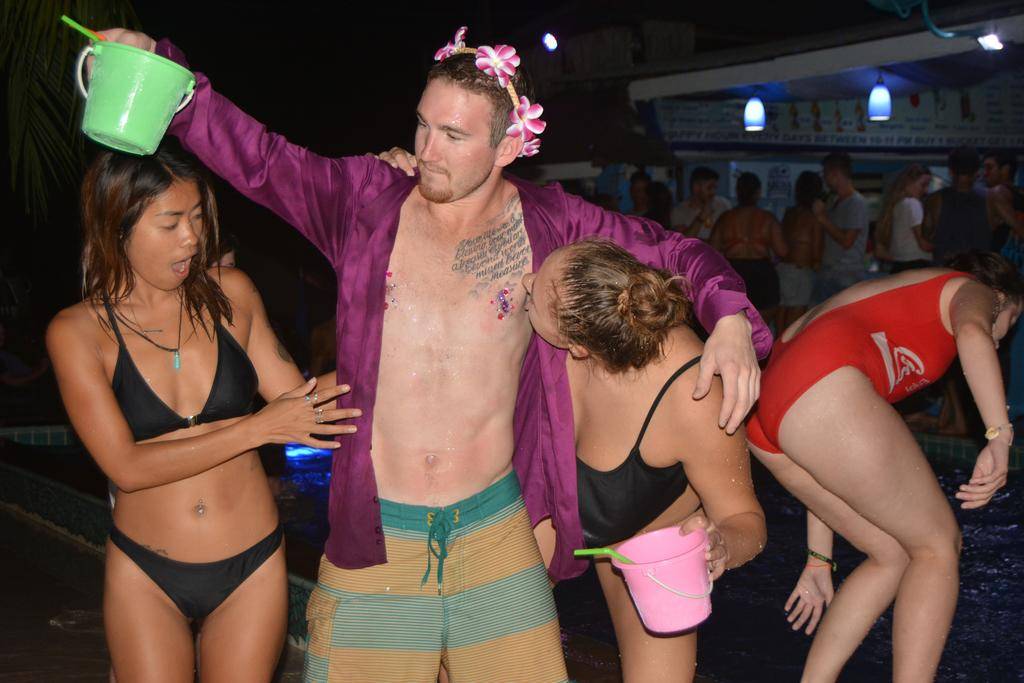 A year in prison

Cambodian police released images online that appeared to show clothed and laughing tourists imitating sexual positions.Police later posted a group shot of the 10 defendants, but several people in the original images do not appear to be among those arrested, one of the group told the Press Association under condition of anonymity.

They said they did not understand why they were being held, adding that they saw one of the arrested men vomiting in shock.

“Honestly, it was really confusing. Everyone was confused. They raided, rounded us up – there were about 80 to 100 people at this party. Some of them were tourists. There were about 30 of them [police officers],” the prisoner said.

They said the group believed police were cracking down on foreign tourists and expats wearing bikinis in public, and expat-run pub crawls in Siem Reap.

“We’re innocent,” said the prisoner. “We don’t know why we’ve been arrested, we’re getting different stories from different people.”They said their families were “worried sick”, adding: “Our parents are doing what they can. It’s really just trying to keep a good vibe until we know the outcome.”

The group said they had been sleeping on the floor of an office at a police station in Siem Reap for several days and stressed that they had been treated well, saying officers were friendly and had brought them pizza.

Job Robertus van der Wel, from the Netherlands, 22, the Canadians Jessica Drolet, 25, of Ottawa, and Eden Koazoleas, 19, of Alberta, were also arrested, along with David Nikolaus Aleksandr Ballovarre, 22, of Oslo, Norway, and Paul Martin Brasch, 32, of New Zealand.

An official Cambodian police statement referenced pornography and dancing in publicising the arrests. Ten suspects had been charged following an investigation by the office combating human trafficking and protection of juveniles, it stated.

Samrith Sokhon, a prosecutor at the court in Siem Reap, said the 10 suspects were being charged with producing “pornographic pictures and materials”, which can carry a sentence of up to 12 months.

Duong Thavry, the head of the anti-human trafficking and juvenile protection department in Siem Reap, said: “We cracked down on them because they committed activities that are against our culture.”

In recent years, authorities in Cambodia have clamped down on visitors posting revealing images of themselves at temple sites. Tourists showing cleavage or wearing skimpy clothes have been banned from the Angkor temple complex since August 2016.

In 2015, several tourists were arrested for taking naked photographs at the complex. They received suspended sentences and were expelled from Cambodia.

Travel safe and at lowest fares
in Southeast Asia

Flights, trains, buses, ferries and even minivans. Book all your tickets online in one place. Convenient and secure at lowest fares and in just a few clicks.